Chronic Kidney disease (CKD) is one of tenth death causes in Taiwan. The etiology of CKD is multifactorial. Besides the well-known risk factors such as hypertension and diabetes mellitus, some emerging environmental chemicals have been considered as the additional culprits for early of renal injury. In 2011, phthalates, mainly di-(2-ethylhexyl) phthalate (DEHP), were found to have been added to a variety of foods in Taiwan. This prospective cohort study aims to investigate the interactive effect of exposure to DEHP-tainted foods and environmental melamine exposure on early markers of renal injury in children from the 2011 Taiwan Food Scandal through three-wave follow-up surveys. Two hundred possibly DEHP-affected children (aged £ 18 years) were enrolled in the first survey wave (August 2012-January 2013), with 170 and 159 children in the second (July 2014-February 2015) and third waves (May 2016-October 2016), respectively (Figure A). The first wave was consisted of questionnaires used to collect data about possible past DEHP exposure from DEHP-tainted foods. One-spot overnight morning urine samples were collected to measure melamine levels, phthalate metabolites, and markers of renal injury (albumin/creatinine ratio (ACR) and N-acetyl-beta-D-glucosaminidase) in all three waves. Using the statistical analysis of Generalized Estimating Equation, we found that both past DEHP exposure and time might affect urinary ACR (Figure B and C). Urinary melamine levels were also correlated significantly with urinary ACR. The highest impact associated with exposure to DEHP-tainted foods in increasing urinary ACR of children was observed during the first wave, and the effect may partially diminish over time. In addition, the prevalence of microalbuminuria (defined as urinary ACR > 3.5 mg/mmol) was much higher in this study cohort, when compared to healthy children (~3-5% microalbuminuria) from Taiwan Maternal and Infant Cohort Study (TMICS) (Figure B). The results recommend that continuous monitoring of renal health and other long-term health consequences and how to avoid potential nephrotoxic chemicals from the general environment are mandatory in the susceptible young population affected by the scandal in 2011. 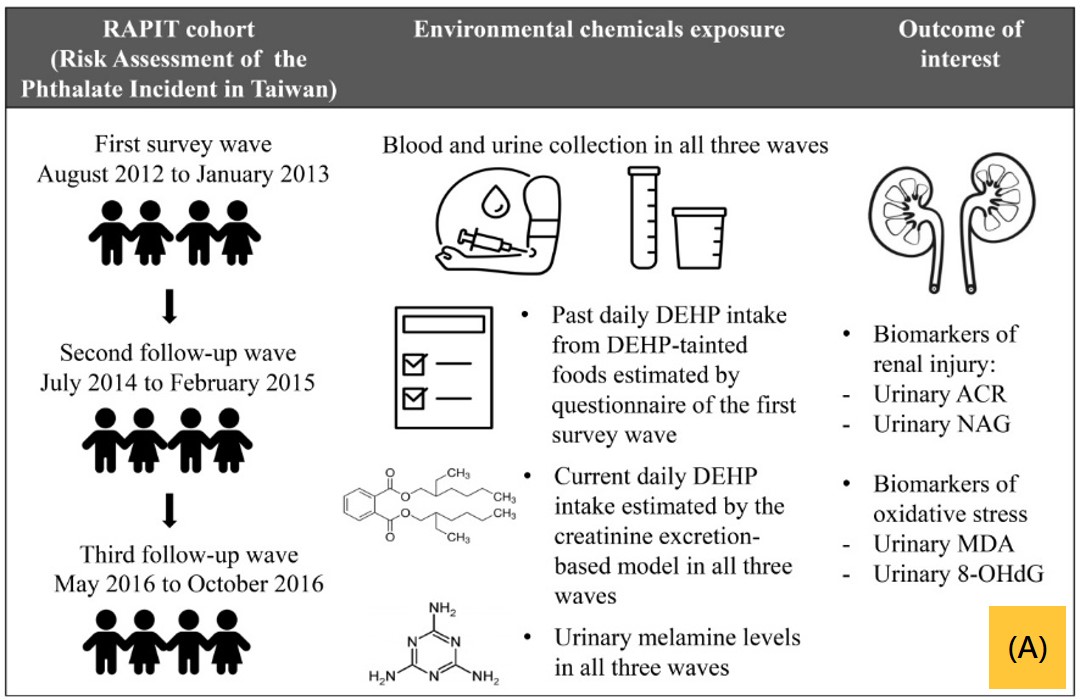 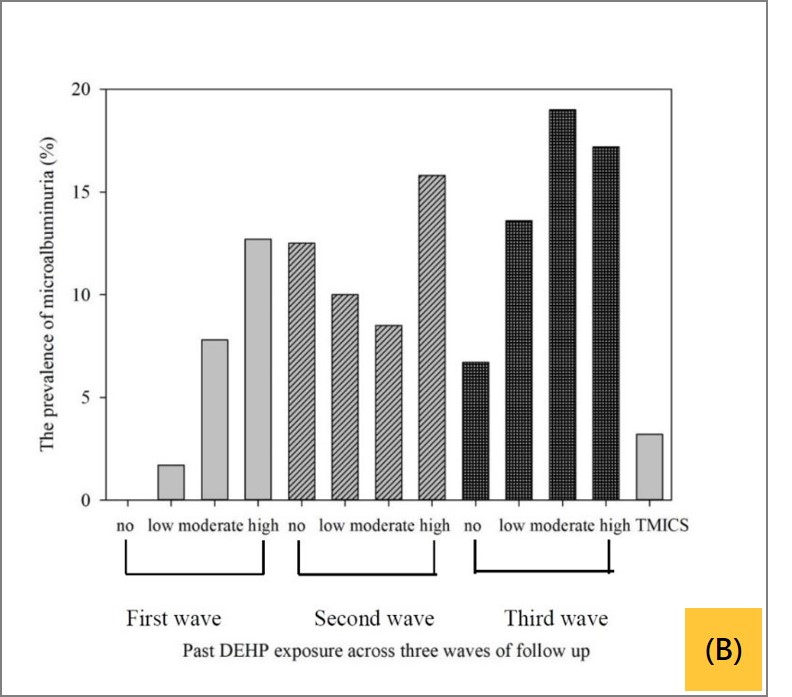 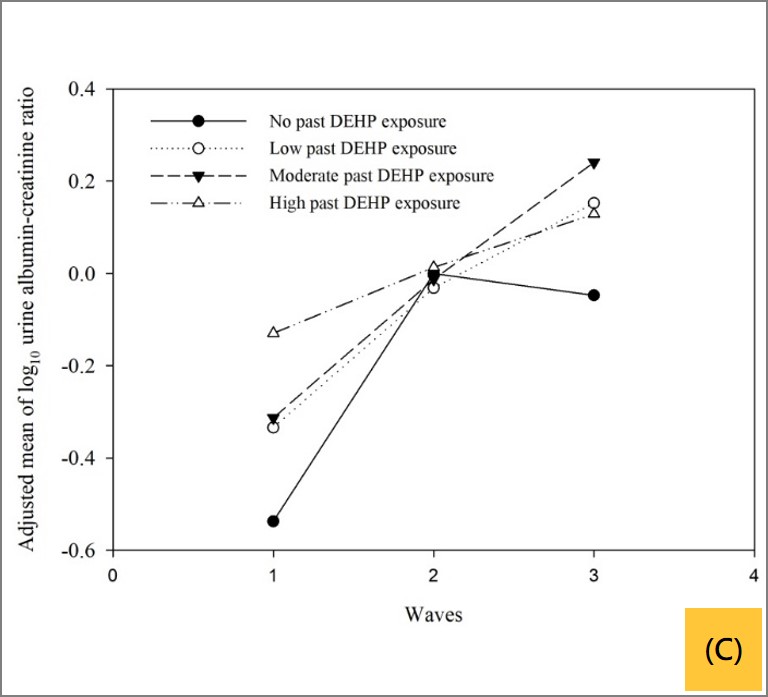